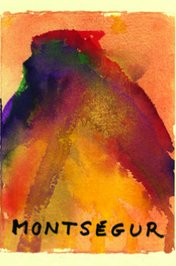 The film is shown in french with english subtitles.

Read the book behind the film:

From 1100-1300 the Cathares lives in the South of France. They were called "the Pure" because of their lifestyle and their way of thinking. They were troubadours, weavers, seers and singers. Their main seat was Montségur in the Pyrenees.

They were chased by the inquisition and were burned at the stake as heretics. The last burning took place in 1244.

According to verbal tradition they promised "to return in 700 years".

A film by Bettina Howitz and Irene G. Scholten.

Filmed on location in the Pyrenees  in France