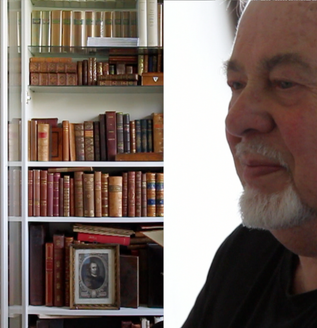 Soon a pilot for the film

"To be a 'bridge builder' between values and natures across national and cultural differenties, that must be the most important and distinguished issue for a writer, a translator and a teacher".

A portrait film about the french translator, teacher, storyteller, lecturer and writer, Francois Marchetti, who during his whole life has worked as a cultural 'bridge builder' between Denmark and France at a very high litterary level.

He has received great literary acknowledgements for his work from the French Gouvernment  - and the Order of Dannebrog in Denmark.

'We are proud of him. It's a real honour when someone master our language, like he does. He has really done a fantastic job to make the danish culture well-known in France." - Hanne Korzen